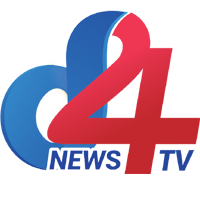 Railways police have successfully thwarted an attempt to smuggle 2.4 kg of Hashish and 1.2 kg Opium, and arrested a drug dealer from Peshawar city station. According to the details, an accused namely Aamir Yousaf was intercepted on platform when he was entering the main gate of Peshawar city railway station with the intention to travel through Khyber Mail train. SHO Taimor Khan searched the white sack of accused on suspicion, and 3 packets of drugs, hidden under the blanket were recovered from him.A case under narcotics law has been registered against him at railways police station Peshawar Cantt. The efforts of railways police will continue to make railway stations and trains a crime free zone, added IG Railways, Rao Sardar Ali Khan.

Malala Participated in Documentary on the US Marine